Our Promise to You

Whirlwind is committed to solving headaches, not creating new ones.

We Build For Life

See the core tenets behind our commitment to build for life.

Reach out to the Whirlwind manufacturing facility near you.

Get 60 years cutting edge quality and personalized service wrapped in the latest technology.

Join our workplace filled with devoted team members who believe in what we do.

These digital color charts are intended to be viewed on a computer monitor to show the wide range of colors available. Physical color charts and actual metal samples for color matching purposes are available on request.

We offer a range of warranties across our product lines that include 10, 35 and 40-year coverage.

From your drawings, we manufacture and deliver high quality metal building systems under your brand name.

Whether you want to build, configure or price a metal building project, we can help.

Whirlwind manufactures a complete line of metal roofing and wall panels, plus trim and other accessories for all industry types. 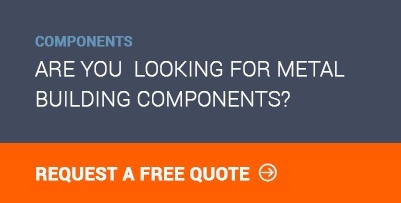 Rely on an expert manufacturer serving builders since 1955. Whirlwind Manufacturing Inc was founded in Houston, Texas, in 1955 by C.O. Sturdivant. Originally a manufacturer of whole-house attic fans, by 1961 Whirlwind had expanded into the manufacture and sale of metal building components, including panels, secondary structural framing, and trim.

In 1966, seeing the growing demand for metal buildings, our founder hired a structural engineer to begin the design, manufacture, and selling of pre-engineered building systems in addition to the component parts.

At the passing of C.O. Sturdivant in 1972, his son Jack Sturdivant took the reins as President and CEO.  Jack grew the company from a small regional metal building manufacturing company to a company with a diverse range of building products and manufacturing locations across the country.

In 2001, Jack's son Ty Sturdivant joined the company.  In 2012, Ty became President.  Today, Ty and Jack work closely together and are leading the company into the future.

By 1998 the Houston plant was no longer large enough to serve the growing demand from builders across the country, so Whirlwind opened its second plant in Atlanta, Georgia.

Today, Whirlwind is still 100% family owned with plants in Texas, Oklahoma, and Georgia. We serve the needs of contractors, builders, architects, businesses, governmental organizations, and consumers.

You can turn to Whirlwind with confidence for metal buildings, panels, secondary structural framing, trim, and a full line of metal building accessories.

Photos from the XYZ Project.